Photo by the author
Abdel-Fattah Mady

Democracy and Guns examines the experiences of different countries with transition to democracy, and offers several paths to the military’s removal from power and approaches to establishing civilian oversight over the armed forces.

Democracy and Guns: Civil-Military Relations and reforming the Armed Forces was published at a time when various Arab countries were experiencing significant developments, during which many questions about the possibility of transitions to democracy and the role of the military in politics and power were raised. The book presents theoretical and conceptual frameworks for civil-military relations, and studies the experiences of seven countries (Brazil, Argentina, Chile, Spain, Portugal, South Africa, and South Korea), in which political and military leaders have succeeded in addressing obstacles imposed by structural contexts - that are no less obstructive than those currently faced by several Arab countries - and were able to achieve the two goals of getting the military out of power, and to establish civilian oversight over the military. While there is no one common theory on how to remove the military from power, or on establishing civilian oversight over the armed forces, there are many general conclusions that can be applied in the Arab context. 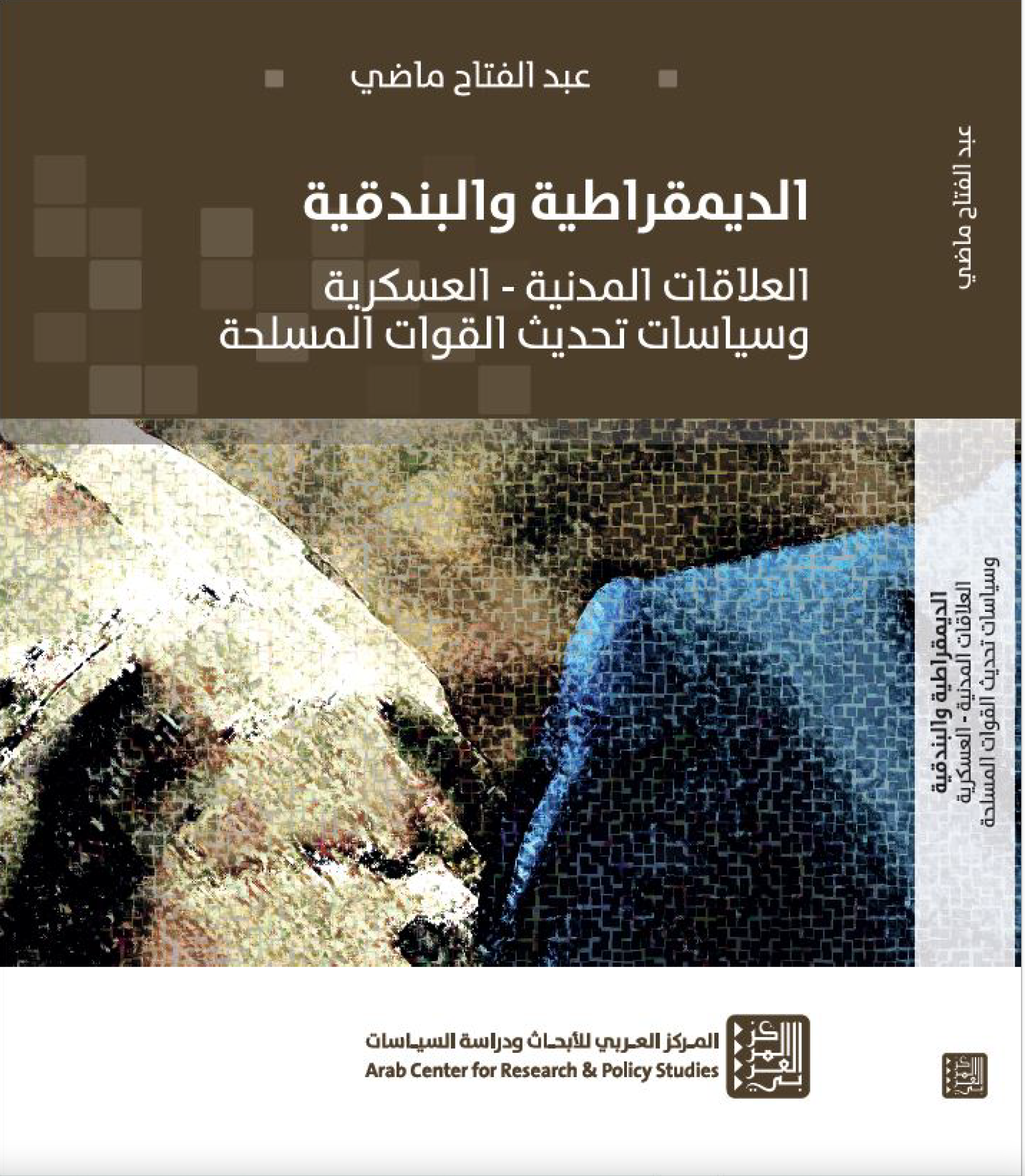 Paths Out of Military Rule

The book offers four general conclusions about how the military can be removed from power. The first and most common path is a managed nonviolent struggle, followed by addressing civil-military relations over an extended period of time, which would lead to the strengthening of the state, democracy and the military all together. This has happened in various forms and at varying degrees of success in Spain, South Korea, Argentina, Brazil and Chile. In the second path, transition to democracy cannot happen without a democratic political force or a democratic coalition. In most cases, powerful parties or party coalitions have emerged, such as the Chilean Coalition of Parties for Democracy, the Brazilian Democratic Movement and the Democratic Party of Korea. The third of these paths relies on the emergence of reformists within the military. Transition is possible when the military, or a faction of it, realizes that the military rule weakens cohesion of and confidence in the military. Finally, despite their support for the old regime, those who are exiting power, back the transition, such as the cases of south and east Europe, or at least did not resist it, which occurred in the Philippines and South Korea. The latter usually happens in the presence of a democratic alternative that is capable of governing. However, in general, change begins from within, and once there are consensual democratic forces, they can handle the obstacles that may be imposed from outside.

Establishing civilian oversight over the armed forces is a tedious and prolonged process that requires will, planning, and expertise, as well as decisiveness and the ability to reject the requests of the military when necessary. It is also affected by many factors that vary from one country to another. Addressing civil-military relations and establishing civilian oversight usually takes place after a transfer of power from the military to an elected civilian government, under minimal political stability and an undivided party system. Competent political leaders and democratic governments often play a central role in that process. Additionally, the time factor is important since addressing civil-military relations is a gradual and extended process. However, prolonged transition, or slow curtailment of military privileges, may preserve the ability of the military to return to power or may encourage a coup. The case of Argentina desmontes how hasty transition, in addition to other factors, contributed to extending the process by decades.

Preparing civilian defense and security cadres is also essential, but requires considerable time and capabilities. The establishment of security and defense programs in civilian universities, support for research projects at research centers, encouragement of civil society, and reform of military academies are among the mechanisms adopted in the studied cases. Weakness of civilian cadres in Latin America and South Korea was a catalyst for the delay in establishing civilian oversight.

In addition to economic reform, salaries and pensions of military personnel must be enhanced. Also, their social security, health and housing services must be upgraded, while diminishing privileges and guaranteeing equality before the law between civilian and military personnel in the public sector, and in the provision of services. The examined cases provide varying examples in this regard, depending on economic capabilities. In general, success was easier in subsidizing military salaries and services compared to abolition of privileges.

Additionally, opening channels for dialogue and negotiations between civilian and military personnel is essential for avoiding misunderstanding and mistrust between the two sides. This should be accompanied by establishing mechanisms to enable civilians’ knowledge about military demands and strategic and defense issues. Equally, methods should be set up for the military to learn about the foundations of a democratic system, its advantages, and the requirements for building a modern state and the position of the military in such a state. Examples include the role of the Tupahue Seminar in Chile, and the discussions held by a group of academics, politicians and bureaucrats at the Ministry of Foreign Affairs in Spain.

The goal of civilian oversight over the armed forces can only be achieved by institutionalizing all the steps and procedures, and including them in laws and official documents, provided that they are clear and do not bear multiple interpretations.

If successful, civilian oversight over the armed forces represents a complete break from the pre-transition conditions. With the establishment of such oversight, three goals are fulfilled: preserving the state, its unity and security of the population; consolidating the democratic system and civilian institutions; and enhancing military professionalism, reforming the armed forces and raising the level of military readiness. The book demonstrates that the road to these goals is long, and requires the presence of skillful and decisive politicians who are capable of maneuvering and rejecting secret deals. This can usually be achieved through assistance from reformist officers and civilian security and defense experts, who specialize in building democratic institutions.

The book proposes an agenda for public policies and constitutional and legal frameworks necessary to reform the military and govern civil-military relations. This agenda consists of six components, at the heart of which is a democratic constitution and a supporting legal system. The other components are the security sector (security, military and intelligence agencies); the rule of law and the independence of the judiciary; democratic political institutions; public rights and freedoms; and the relationship between society and the military.

While the establishment of civilian oversight is an end to aspire for, it is an ongoing process, with the aim of keeping abreast of defense developments, and adapting to geopolitical developments or new tasks assigned to the armed forces in light of the changing nature of conflicts and advancement of weapons.

Likewise, the adoption and consolidation of the democratic system, including civilian oversight, is only the first step to handling the remaining challenges and problems, to developing the democratic system itself and to offering new processes to addressing the tensions created by democratic practices, such as the problems of political money, representation, elections, control of large companies, weak oversight over representatives and politicians, etc.

Finally, and in light of the foregoing, and considering the role of the military in a number of Arab states, the way to address civil-military relations in these countries requires the main political and societal forces to rearrange their priorities so that they can transcend their differences and conflicts, and work together. The consensus of these forces on the goal of a transition to a democratic civilian rule is the first step in adjusting the dysfunctional balance of power that favors one-person autocracies and military governments that control coercive power. Unity of purpose requires joint action, i.e. a bloc of democratic forces, followed by continuous work to expand the base of forces that see in democracy a common goal and a fundamental path to building a state of institutions and law that preserve the unity and security of the state, establish political institutions with popular and accountable legitimacy, and enhance military professionalism and readiness. This also requires supporters from within the military and openness to military reformists, in addition to enhancing civilian capabilities in defense and security affairs.

Abdel Fattah Mady is a professor of political science at Alexandria University, editor-in-chief of Hikama, Journal of Public Administration and Public Policies, and coordinator of the Democratic Transition Project. He specializes in governance, democratic transition, political development, and human rights. In addition to Democracy and Guns, Mady has published several books and articles, including Missteps in the Square: How Did the January Revolution Fail in Egypt? (2020).
Back Download