David Chuter’s Governing and Managing the Defense Sector, now in Arabic, covers the essentials of defense and security policymaking, implementation, and organization from a practical perspective.

Defense expert David Chuter argues that “there’s absolutely no reason, of principle or of pragmatism, why civilians shouldn’t be involved in defense issues.” True to this belief, Chuter has over three decades of experience in defense sectors in Africa, Asia, Europe, and the Middle East, including Algeria, Lebanon, and Sudan. Chuter has turned this experience into a book, Governing and Managing the Defense Sector, which covers the essentials of defense and security policymaking, implementation, and organization from a practical perspective. This book is available for the first time in Arabic.

Governing and Managing the Defense Sector is written in a simple, nontechnical style to demystify what often appear to be complex and sensitive issues. The book is accessible to nonexperts, with chapters such as “The Security Sector and How It Works,” “The Making of Defense Policy,” and “Intelligence.” The Arabic translation of the book also includes a new introduction from the author and a foreword from Riad Kahwaji, founder of Security and Defense Arabia. 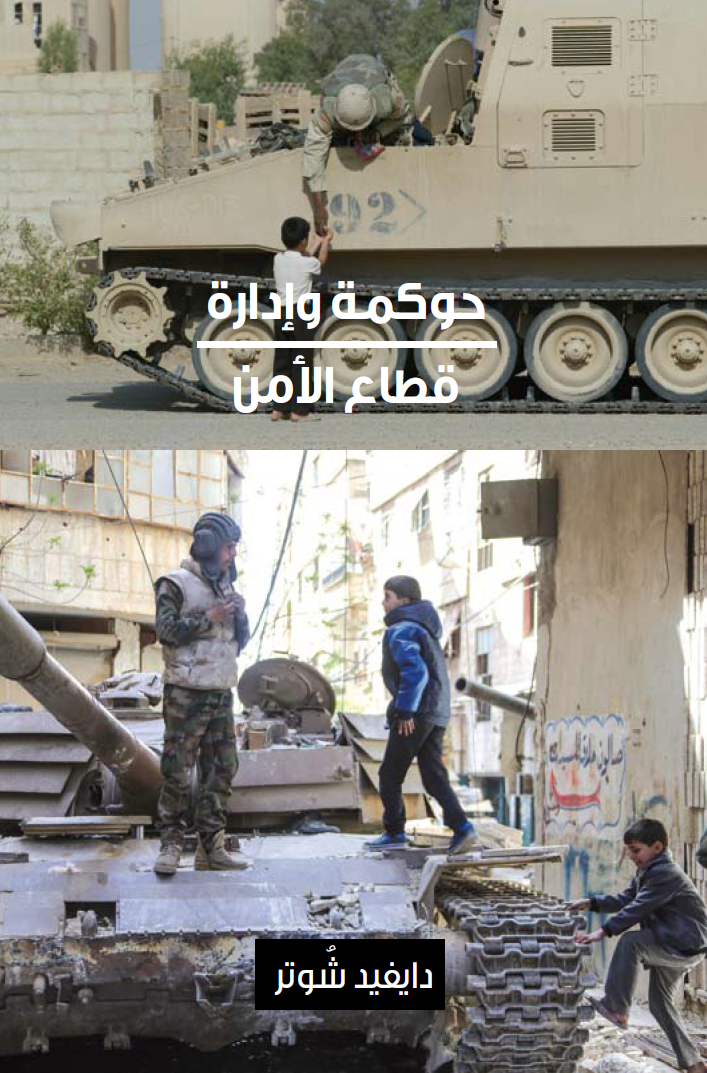 In a recorded launch event (in Arabic) moderated by Yezid Sayigh, Director of the Program on Civil-Military Relations in Arab States at the Malcolm H. Kerr Carnegie Middle East Center, Chuter describes his motivation for writing the book. He found that “the same questions tended to come up time and time again.” This led Chuter “to produce a summary or conspectus of the sorts of practical questions I was asked over the course of twenty-five years and the practical answers that I tried to give to them in many different countries around the world.”

Governing and Managing the Defense Sector argues that defense sector governance can be described using a “developed model... to which, pragmatically, most countries find their way over a period of time.” Defense affairs become “normalized as part of the running of the state, just like other functions of the state, such as health or education.” Chuter observes that “doctors don't run the health ministry. Teachers don't run the education ministry. The military by analogy doesn’t run the defense ministry.”

This book is designed to be read by practitioners, but also by anyone with a serious interest in defense affairs, including academics and researchers from nongovernmental organizations, journalists, parliamentarians, and civil society groups. The hope is that this book will aid speakers of Arabic just as it has speakers of English to understand governance and management of the defense sector.


David Chuter is an independent researcher who worked for thirty years as a civilian government official in defense policy formulation and implementation, security sector reform, and defense management. He is the author of Governing and Managing the Defense Sector, which is now available in Arabic.

Nathan W. Toronto is commissioning editor for the program on Civil-Military Relations in Arab States at the Malcolm H. Kerr Carnegie Middle East Center and author of How Militaries Learn: Human Capital, Military Education, and Battlefield Effectiveness.
Back Download